Back in 2015 a report was presented to the Policy & Resources Committee regarding potential savings on energy costs. The report was authored by the Council's Commercial and Customer Services Director, a Council employee (not Capita) and who has subsequently left the Council.

The report highlighted an energy review which had been undertaken to inform options for procuring energy for the Council. The energy review was undertaken following receipt of London Energy Project’s (LEP) benchmarking update on energy provision which compared energy arrangements delivery by LASER and Crown Commercial Services. Just to be clear LEP is a  London Councils initiative of which Barnet is a member. 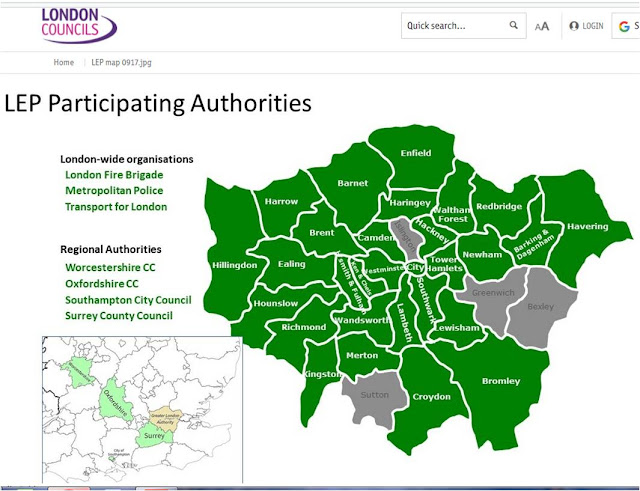 The review informed the options for procuring energy going forward and these are presented both within this report and in the supporting Energy Review Business Case. The report was considered some way in advance of the new contract commencing, as advance commitment had to be given to "enable the opportunity of forward purchase of energy during optimal market conditions."

So just to be clear, this was a report presented by a Council employee, based on a benchmarking update from the London Energy Project for energy delivered by LASER Energy which is a wholly owned subsidiary of Kent County Council and an organisation from which Barnet has been buying energy since 1993.

The report also notes that alternative options were considered but were not recommended as "these would represent an approach which does not conform to the Pan Government Energy Project recommendation that all Public Sector organisations adopt aggregated, flexible and risk managed energy procurement." So this was pretty much the only option.

The report identified that the new contract would save around £110,000 a year on energy costs. In addition, by opting for a fully managed contract,  the report said that the service would avoid certain costs, the largest of which is correcting overcharges. Personally, I find this implausible because if the procurement department were doing their job there should not be £202,000 of overcharges and ultimately they get corrected. I also do not believe that you can forecast those cost avoidances going forward as surely mistakes would not continue to be repeated year in year out? Nevertheless it can be an indicator a fully managed service might be a better option. I have subsequently identified that this fully managed service comes at a cost and is reflected in the price LASER charge for energy, typically 1.5% of energy usage.

The report was signed off and the new contract commenced in October 2016. So far so good.

So what Capita are claiming under gainshare is not only the energy saving for three years but also costs avoided for three years, a service provided by LASER and for which Barnet pay LASER a fee of approximately 1.5%.  In total they are claiming a saving of £942,000, yet from what I can see Capita had no input to the generation of this saving and have used theoretical potential cost avoidance, which we pay another provider for, to arrive at an inflated figure of which they want 33.25%. That is, to my mind, is not acceptable, does not represent a fair and reasonable interpretation of the gainshare clause and should not have been signed off by the person who authorised this payment.

What I also find interesting is that Harrow Council, who provide legal services for Barnet, also went through a similar process in 2015. They came to a similar conclusion (with a couple of variations for renewal energy and low energy use sites). You can read their report here. Could we have had a chat with Harrow and made the same savings without any charge from Capita?

What I also want to know is whether any of the councillors who attended that meeting were made aware that by signing off this procurement they were creating a financial liability to the council of  £313,215.  For reference sake, these are committee members:

Be aware that by claiming an overall saving of £942,000, it means that Capita can claim to have met their guaranteed procurement saving and  bill Barnet the £970,000 Agree Procurement Price Recovery. Yet again this has a very bad odour about it and makes me question the whole gainshare arrangement.

I raised this matter with the external auditor, BDO, as an objection to the accounts back in July 2017 but six months on BDO have still to provide a response. I remain concerned that no one has a grip on what we are paying Capita through this money spinner gainshare clause, that Barnet are being right royally ripped off, and that councillors are blissfully unaware.