In Barnet we have two contracts with Capita: one for the CSG contract and a joint venture for regulatory services known as Re.  Under the CSG contract Capita can claim a gainshare payment for  savings they make on procurement contracts or from existing contractors.  The Re contract is structured in a completely different way, being a joint venture between Barnet Council and Capita and as such there is no gainshare clause within that contract.

As part of the inspection of the accounts I have gone through all 224 Capita and Re invoices and all the supporting information, a thick arch lever file's worth, and have discovered a number of issues. One in particular is set out below.

As part of the Re contract Capita are responsible for highways. This is also one of the areas where Barnet collaborates with other London Councils on something known as the London Highways Alliance Contract (LOHAC). You can read more about it here. 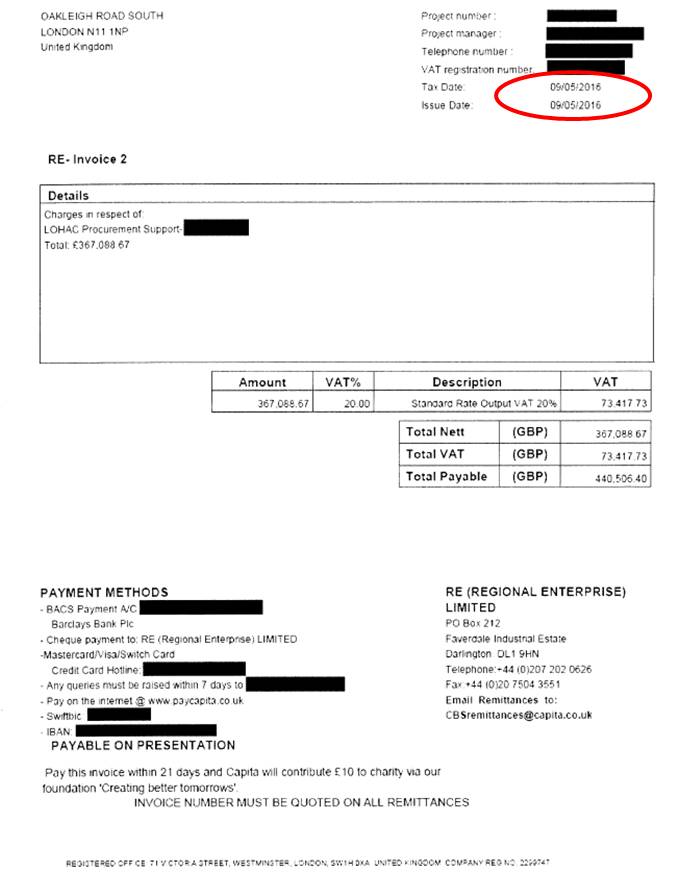 I'm not sure specifically what they did for that very large amount of money, but it should have bought a great deal of support on what is a framework contract. Barnet duly paid the invoice.

Five months later, on 7 October 2016 Capita CSG, the other arm of Capita in Barnet, submitted an invoice for a gainshare payment of £484,375 for saving made on the, wait for it, LOHAC procurement contract. 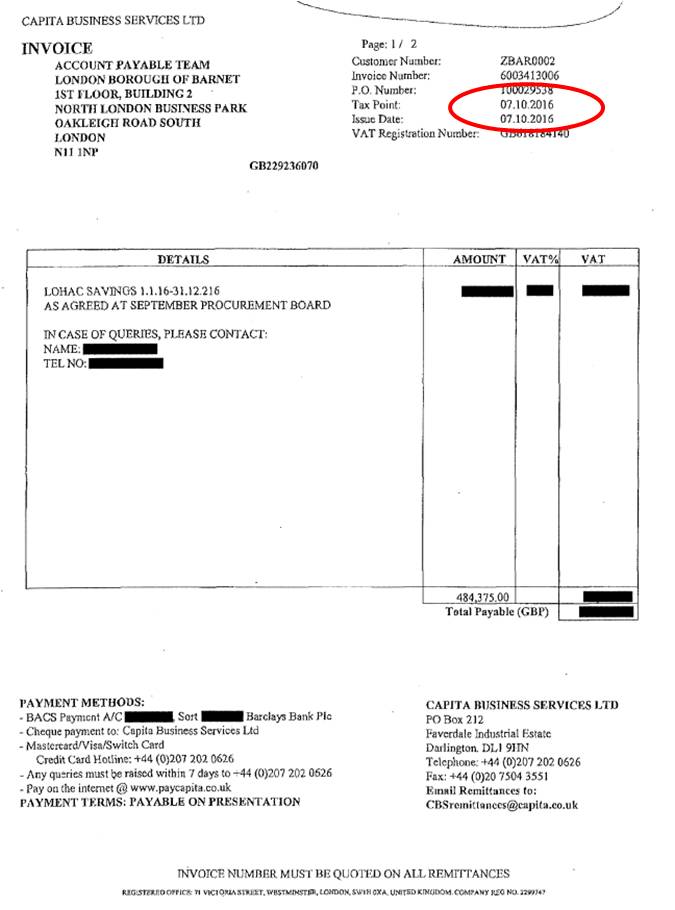 So one side of Capita appears to be getting paid for providing procurement support and then the other side of Capita claims the gainshare savings on the same contract. That, I believe, is known as "double bubble".

Because the claimed savings on the LOHAC contract are so large it means that Capita have met the guaranteed savings level and can claim their £970,000 Agreed Procurement Price Recovery (APPR) fee. If this turns out to be a mistaken claim then not only would the £484,385 have to be refunded but also some or all of the £970,000 APPR fee. In total we are talking just shy of £1.5 million so not chicken feed.

Now it may be that there is an innocent and entirely plausible reason for both Capita contracts being paid for the procurement savings on the same contract but having raised it with the Chief Executive,  the Council Leader, and the external auditor no one have so far responded.

What worries me is that I seem to be the only person looking at all of the Capita invoices in any great detail. It also worries me that the finance function of the council is run by Capita who not only raise the bills but pay the bills. That just seems inappropriate to me.

I have lost all confidence in the Capita run finance function, especially after the year end audit debacle where the year end accounts were delayed and Capita were fined £55,000 which you can read about here.

At the time I suggested that the finance function of the council be brought back in house. Given all the concerns I have seen as part of my inspection of the accounts, my view hasn't changed.
Posted by Mr Reasonable at Tuesday, January 23, 2018