Arrogance or Plausible Deniability - The sorry tale of One Barnet Scrutiny 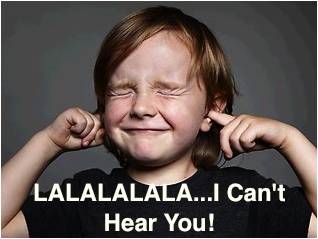 Cllr Richard Cornelius is reported as saying that he hasn't read the 8,000 page contract nor does he expect any other Councillor to have done so. Is this arrogance or that well known political tactic of plausible deniability?  If it is the latter then when the One Barnet contract goes horribly wrong Councillors can say "Not me guv, it was those useless senior officers/consultants".

I think we have heard this before in Barnet. Didn't Councillors deny knowing all the details on the Icelandic bank problem and as a result it was an officer who got the sack. The Catalyst contract problems were blamed on officers and advisors and that ended up costing Barnet residents £10.5 million to sort out.

What makes matters worse is the footage I saw yesterday of the Business Management Overview & Scrutiny Committee on 20th November where Cllr Robert Rams said he didn't go on any of the site visits to learn lessons of how other councils had worked with outsourcing contracts. He said that he had learned it all from officers and desktop research. Not a great idea when so much is at stake and the decision is irreversible.

I will be attending the Overview and Scrutiny committee this evening and I genuinely hope that Councillors will give officers, consultants and cabinet members a grilling. I will be asking a few questions but I know that dozens of questions have been tabled by the public such is the level of concern about the risks involved with this contract. I just hope Councillors take their fingers out of their ears and start listening.