Barnet's supplier payments are out for October and as ever they make interesting reading. Yet again Capita are receiving significant payments even though they have had massive advance payments. In the audit report published in September the External Auditor noted that Barnet had made £44 million of prepayments on the CSG contract. On the Re contract Barnet agreed in June to make a pre payment of £16 million in return for a discount. With such a large pre payment balance it then comes as a surprise that in October Barnet paid £1.71 million on the CSG contract and £1.24 million on the Re contract. Set out below is the latest tally on the two Capita contracts.

We have also been told that Barnet is working hard at bringing down agency costs. Unfortunately that isn't work as well as planned and after an initial drop in payments to Comensura they have started climbing again. In October Barnet paid Comensura £1.853 million bringing the running total for the year to £10.88 million with a year end forecast of £17.3 million. 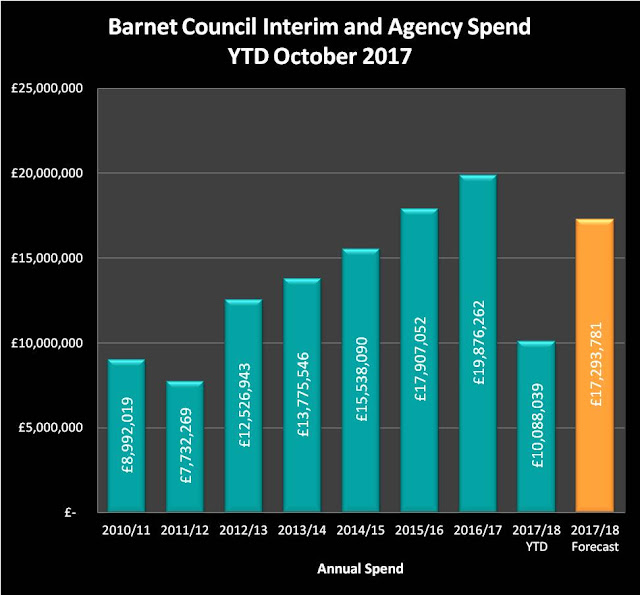 There are a few other payments which caught my eye, although given that this month's expenditure spreadsheet ran to over 12,400 separate payments I have probably missed something more interesting.


I will keep watching.