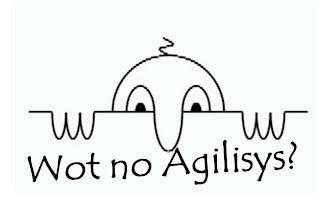 Looking through the supplier payments for June, one thing jumped out at me - no payments to Agilisys. Given that their bill has reached more than £7 million and bills have been running at around £250k- £300k per month, the lack of any payments to Agilisys is somewhat of a surprise. Maybe someone has at last pulled the plug on this juggernaut, maybe it is an oversight and we will get a double bill next month.

Other interesting payments were £378,996.49 paid to Trowers & Hamlin, the Councils legal advisors. Perhaps if Barnet had bothered to consult the residents we wouldn't have been landed with such a huge legal bill.

Oh and even though Capita haven't been awarded the NSCSO contract yet - pending the judgement on the Judicial Review Appeal - they have managed to secure a very lucrative short term deal which in June paid them £167,625 for the "NSCSO Management Fee"

NSL were paid £269,537.70 for operating the parking system. I would suggest anyone who is concerned about this should read Mr Mustard's blog on the payments to NSL.
Posted by Mr Reasonable at Friday, August 02, 2013