Barnet's supplier payments were published yesterday and yet again Capita are raking in the money. On the CSG contract Capita were paid £8.55 million and on the Re Contract they were paid  £8.35 million, a total of £16.9 million in just one month. 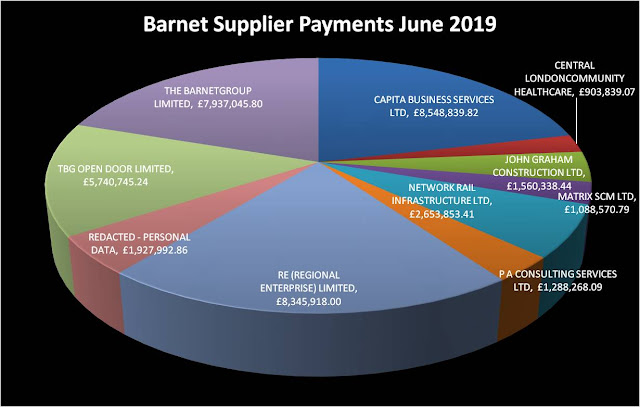 Set out below is the Capita spend to date which shows just how much we are paying for extras. 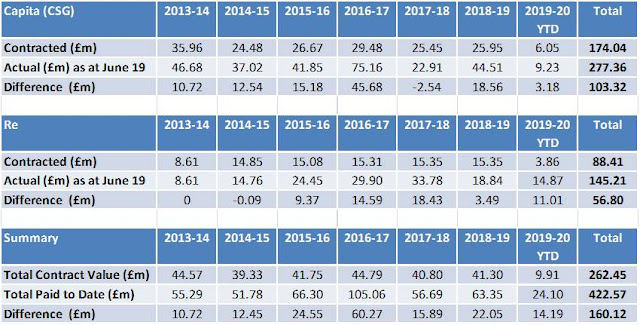 Another large beneficiary in June was PA Consulting who were paid £1,288,268.09. By the looks of the detail (Adults IT) I suspect this is for the implementation of the Mosaic casework system, the project that Capita completely messed up. I just hope the compensation we received from Capita for their failure was sufficient to cover all these bills from PA Consulting.

Agency staff costs appear to be falling with Matrix, the agency staff contractor, billed £1.09 million so the trend remains downward. It really makes you question why we stayed with the previous contractor, Comensura, for so long and why these changes were made sooner.

The agency contract seems on target to hit just over £12 million for the year, down from its peak of £20 million in 2016/17. However we are still paying £29,000 a month to separate agencies, Gatenby Sanderson and Hampton's Resourcing for a couple of very senior members of staff. 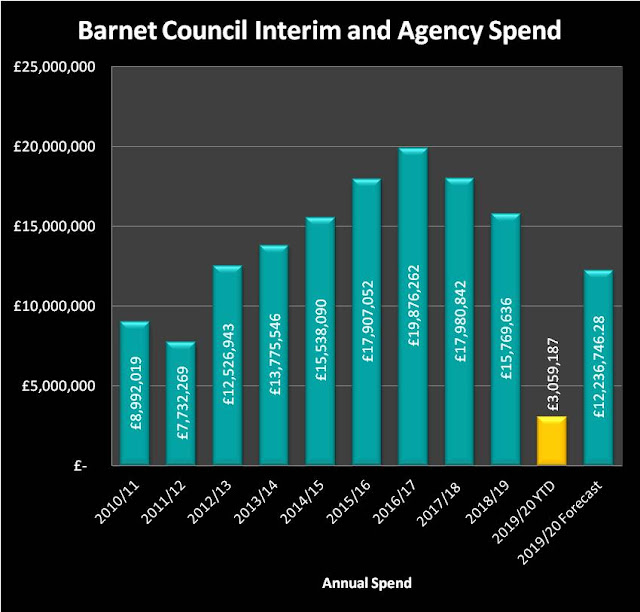 Another payment that caught my eye was to Saracens who received a payment of £25,271.30 for "rent". I am not sure what we hired the stadium for but that seems like a lot for rent.

The Capita payments often used to figure in my questions to the Financial Performance and Contracts Committee. Now that I have officially been gagged I get just one question and no opportunity to speak. It is clear to me that I have asked too many difficult and awkward questions about Capita and their contract with Barnet and that is why the new rules have been imposed. This isn't small change we are talking about but £160 million more than the contracted value but if you believe everything Barnet Conservatives say it is fantastic value for money. Having no one there at meetings to challenge them is exactly what they want.
Posted by Mr Reasonable at Thursday, August 01, 2019