Barnet Council's supplier payments for August were out yesterday. Yet another month when Capita  and Re were paid very little (Capita £282,166.04 & Re £294,200). I wonder if something is afoot; either Capita payments are being held back or it is linked in with the current contract review. Next month will be the crunch month as quarterly payments are due.

Barnet Group were paid £19.27 million in August, not a record amount but if you compare YTD 2018/19 against Aug 2017/18  Barnet Group have received  £9.14 million more than last year, a 19% increase. When you add in the Open Door subsidiary of Barnet Group, the increase compared to last year rises to £15 million or a 31% increase. Given that Barnet are forecasting a £9.5 million overspent this year, and I expect that will rise when we see the quarter 2 figures, they need to start focusing on how money is being spent in the Barnet Group.

Comensura are being replaced as the Interim and Agency Staff contractor and hopefully this will bring the costs under control. In August, Barnet paid them £1.667 million bringing the forecast for year end to just over £19 million a £1.1 million increase compared to last year when we are being told that interim and agency costs are falling - no they are not! Usual graphs and charts below. 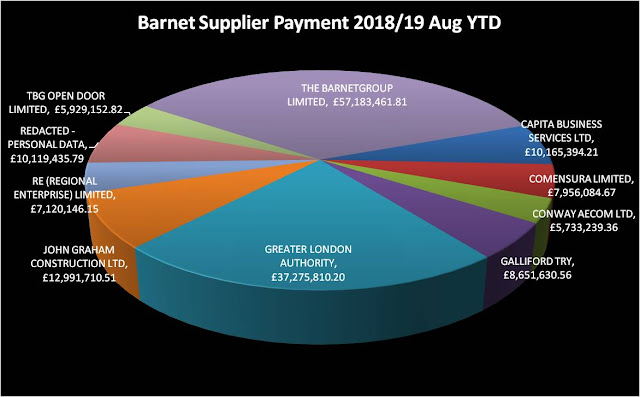 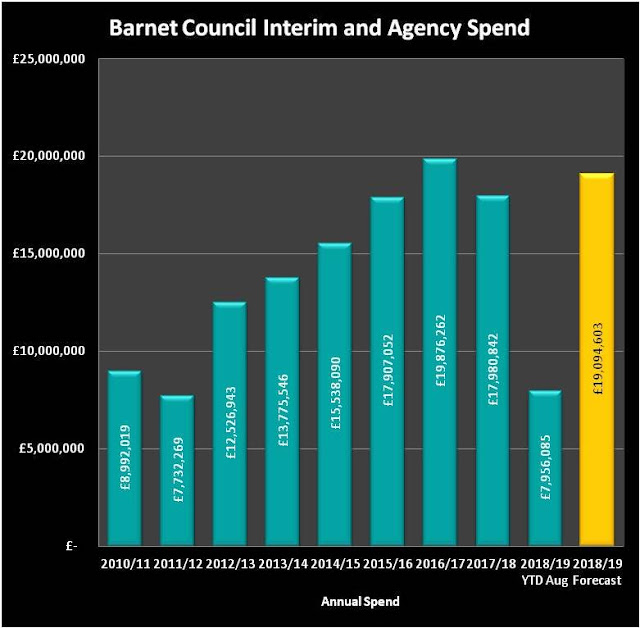