This has been an eventful week in Barnet. Capita's share price has crashed, with Barnet having to draw up contingency plans in the event of its failure. The same day as the crash, the Audit Committee heard a catalogue of Capita failures.

Today I have published the supplier payments for December 2017. As you can see from the chart below, we are still paying Capita/Re a fortune even though we have made huge advance payments to them on both contracts. 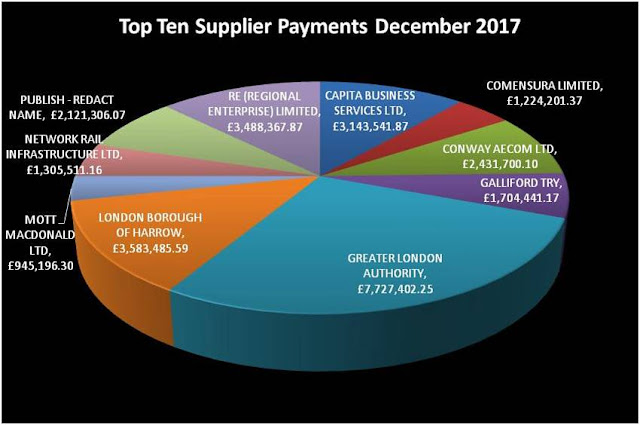 The monthly bill for agency and interim staff is declining slightly but it is still forecast to hit £17.2 million by the year end. With a commissioning council and so many services outsourced it is beyond belief that we are spending more on agency staff now than we were when no services were outsourced. Below are the charts showing the payments to Capita and Re as well as for Interim and Agency staff. 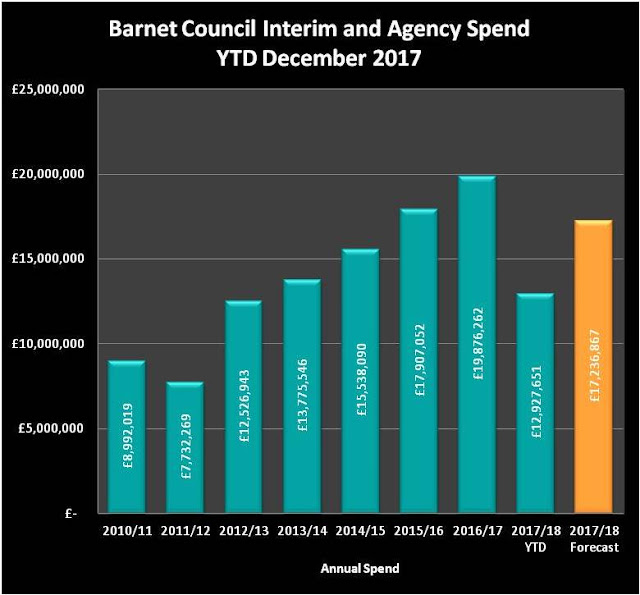 I have had a number of discussions today with people asking whether the contract with Capita can be terminated. I have referred them to the contract (page 167) on the Barnet Council website which seemingly makes it clear that, yes, we can terminate the contract. We would have to pay a fee (which Capita do not want me to see as explained in an earlier blog) but given the massive cost of the current contract that may well be a price worth paying.

What is important now is to start discussing what a redesigned Council could look like and how it could be structured. I had a great discussion with someone who has great experience of the council. They identified what services should be working much more closely together to make them more effective at delivering services (and which would save a significant number of managers). That made me even more convinced than we need to start the process of creating a masterplan for the council and then start bringing service back in house to fit within the new structure.

The message to Barnet residents should be one of hope and the genuine belief that without Capita we can have a better, more efficient council that can deliver the best possible services, cost effectively.