Supplier payments for September have just been published here. As usual the key recipients are Capita, GLA and Barnet Group. Comensura who supply agency and interim staff had a relatively modest month in August but came back with a vengeance in September with a bill of more than £2 million. That brings the total for the first 6 months of 2016/17 to just over £10 million and remains on track for hitting £20 million.

I don't know what vehicles Barnet purchased but they spent £230,503.68 with J Toomey Motors which seems rather a lot especially as they also pay Enterprise Car Hire for vehicles.

We also paid HB Law £631,202.21 for legal fees and disbursements and £948,884.11 to recently outsourced education services operated by Cambridge Education. I wonder how much those outsourced services are saving? 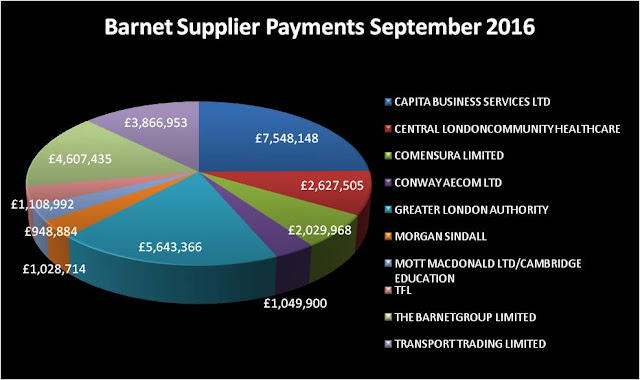