Since 2010 Barnet Council have had a policy of freezing Council Tax and this year, just before the election, a Council Tax cut. Sounds good for Barnet Council tax payers but it is simply not sustainable. Costs that the Council has to pay are still rising and many contracts have RPI increase clauses.

Barnet could have increased the council tax by 1.99% without triggering the need for a referendum and in 2013 41% of Councils in England did increase their Council Tax. This year 43%  decided to have modest Council tax rises. Not Barnet. They insisted on cutting council tax just weeks before the election. Up to a couple of months ago it seemed that One Barnet was paying for this freeze but now the reality has hit home and we face massive cuts to key services like libraries. 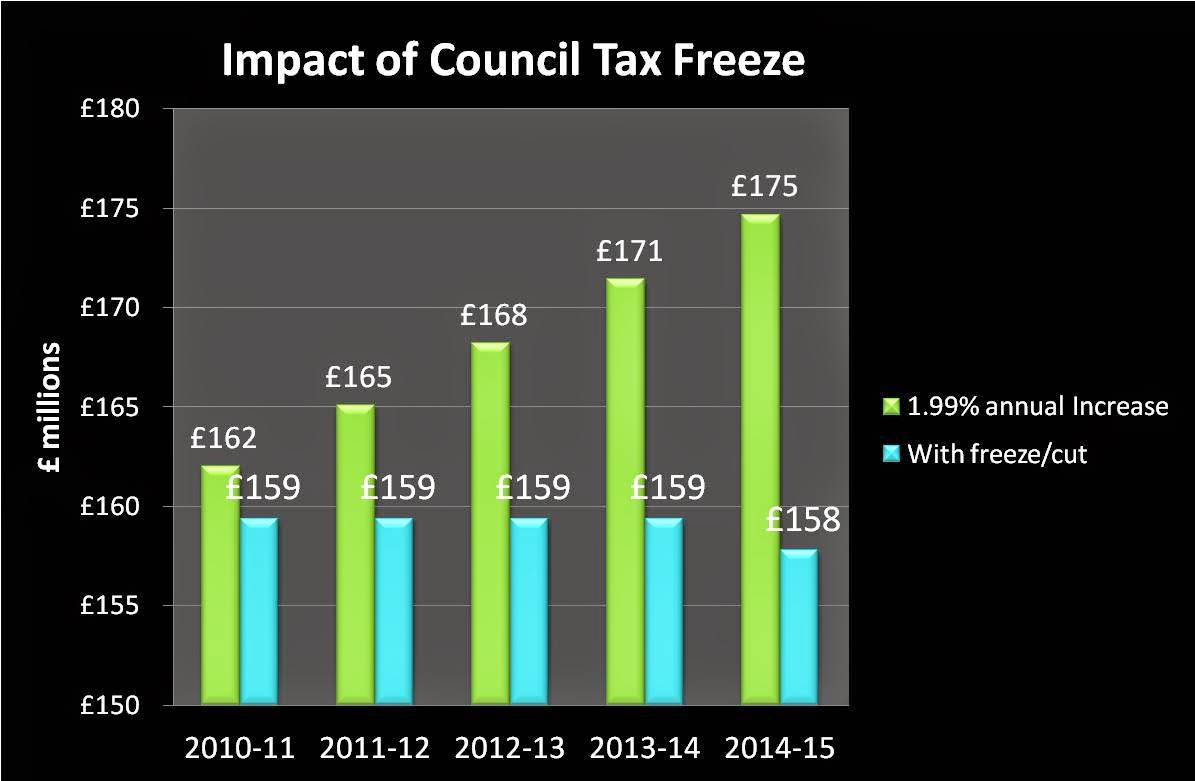 The Council has received a subsidy from the government to help take the pain out of the freeze but these grants are discretionary and will not last indefinitely. I have calculated the difference between what the Council could have collected with 1.99% annual increases and the current policy of freeze and including the central government subsidy the council have received. Based on my calculations Barnet has missed out on £38 million of revenue since 2010 and this year alone, including central government subsidy, the difference is approximately £12.9 million.

Nobody wants to pay too much council tax but ultimately people need to decide if they want to keep essential service like the libraries and pay a little more each year to ensure they are maintained or have lower council tax and poor services. Sadly residents were never given that choice and the political idealogues have pursued their low tax philosophy without any checks or balances.

The unsustainable situation it has created has led to cuts, cuts which many people say are unacceptable and the only people to blame are Barnet Conservatives. Let's have an open dialogue about the services people want and are prepared to pay for, not what we are told we can have by the ruling politicians.