On Friday evening, after work, I was going through Barnet's website as a vigilant resident when I noticed that the open data page had changed. This is where you can usually find important data about the council's performance. It includes things like the supplier payments and freedom of information requests.

Below is a screen shot of what you used to see on the FOI page: 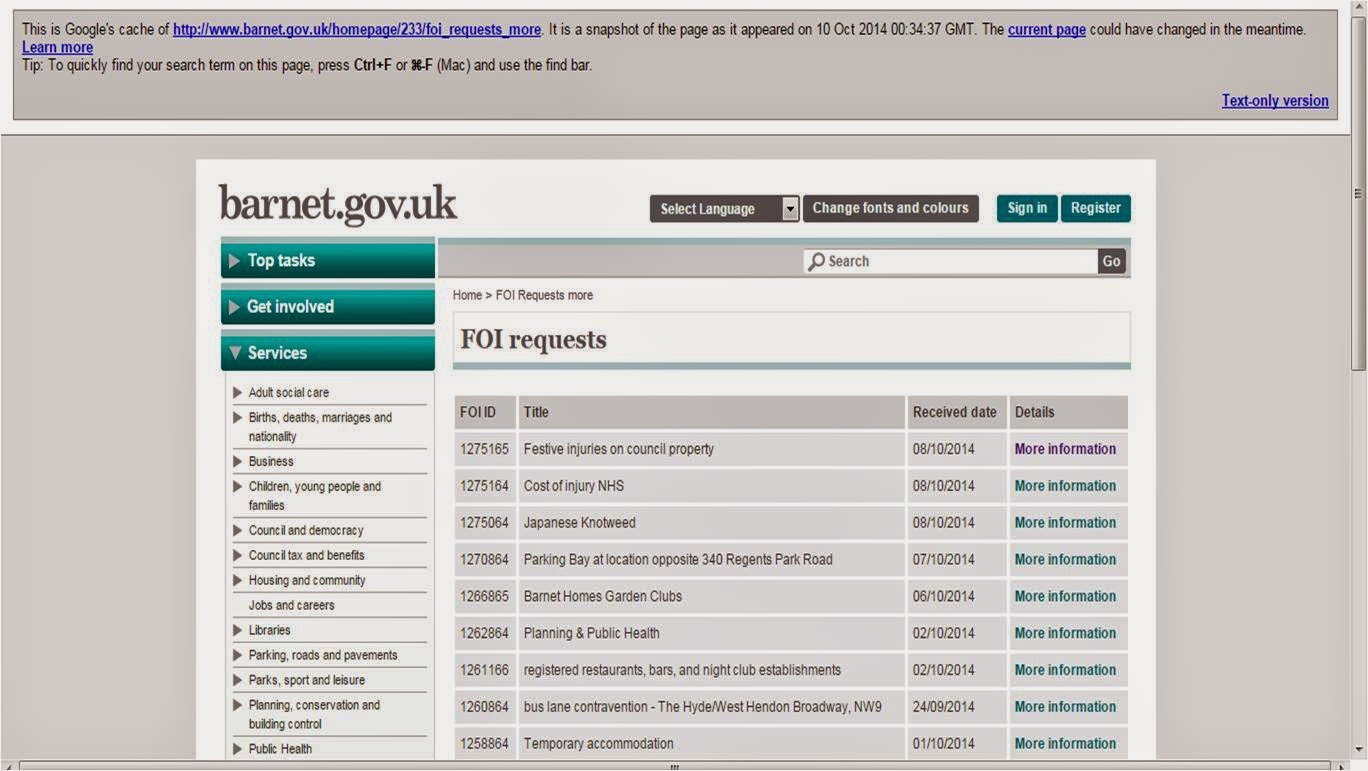 A clear summary with a button you could click on to see more information.

What you get now is this: 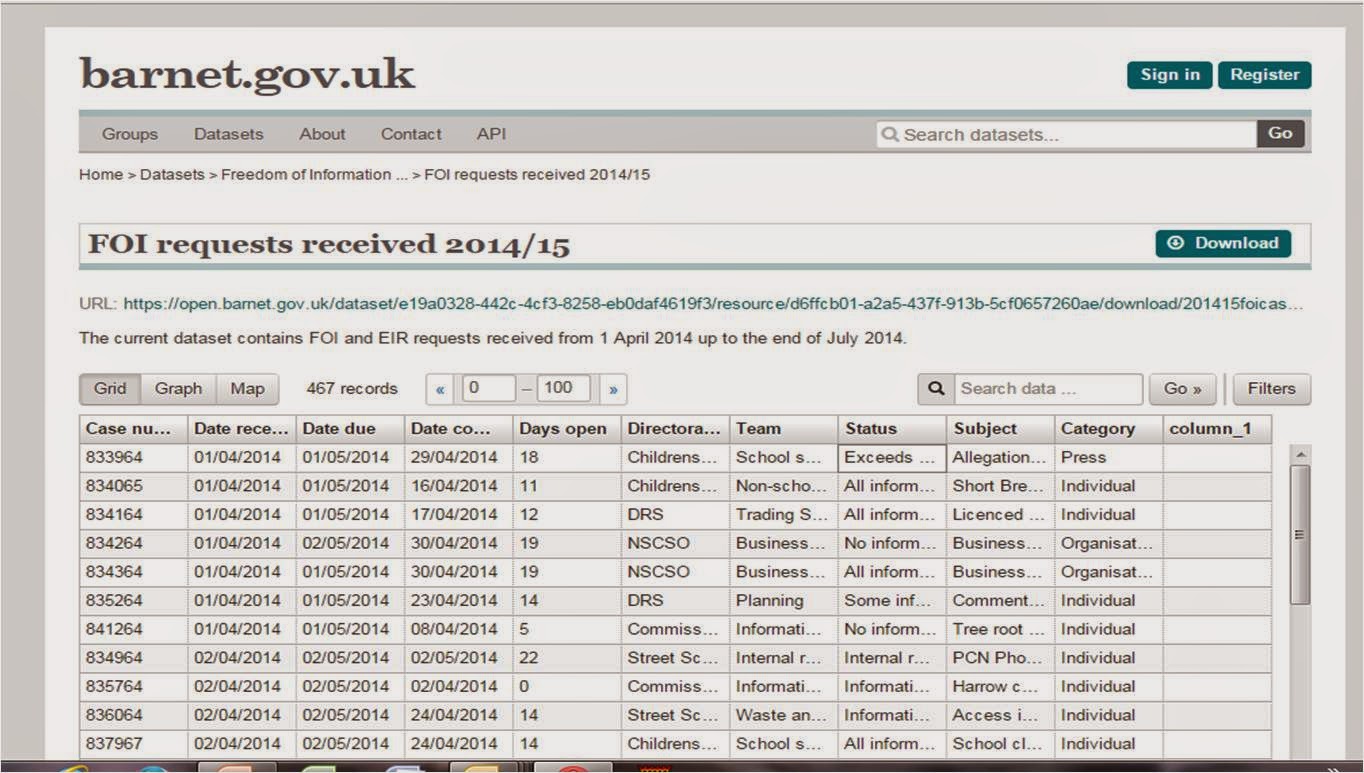 You can't click for more information and the downloadable file simply down loads the summary as shown on the screen. There was also a disclosure log where you could sort through previous FOI requests but now all you get is: 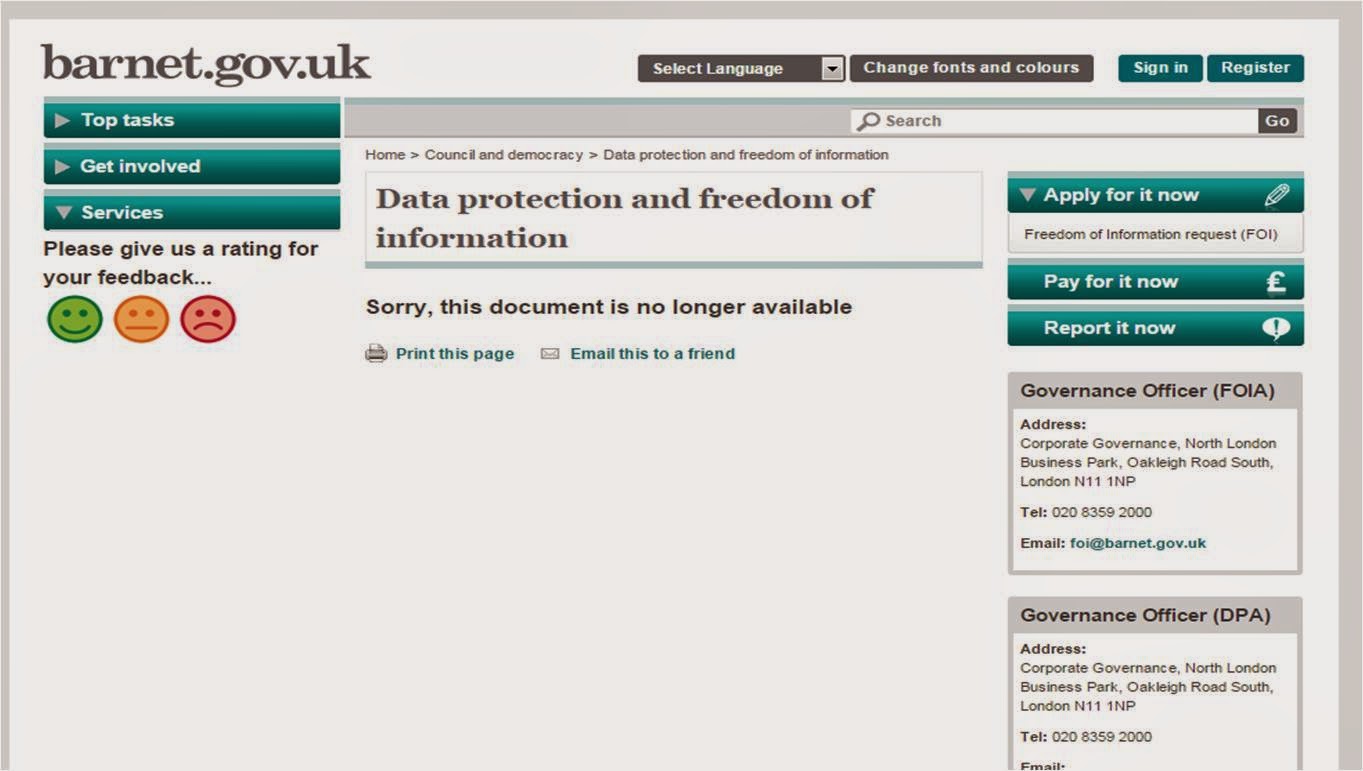 Moving on to supplier payments this has also changed. In addition to being buried away it is now only downloadable in CSV format whereas previously it was also downloadable in excel and PDF format which are more familiar to most people.

Interestingly the supplier payments for August 2014 which were previously published have now disappeared and it is very difficult to find previous years' supplier payments as there are no links on the current year's page.

Some may say I am paranoid but I do get a feeling that the changes are being made so that it is much harder for residents like me, the other bloggers and engaged residents to challenge the council on their spending, especially under the Capita contract.

I have contacted the council so time will tell if they actually do something about restoring the limited transparency we previously received.