Over the years Barnet Council have produced some highly suspect and biased reports to support their political ideology of outsourcing the entire council. The One Barnet Business Case reports are the most obvious examples and I blogged about the DSG report back in March 2011. In that business case there was a lack of evidence to support many of the assumptions and a series of what I can only describe as entirely untruthful statements about investment and who was going to make it. At that time they said that all of the investment was going to be made by the outsourcing company and the only exception would be the cremators at Hendon Crematorium. Roll on two years and Barnet Council sign a cheque for investment for £16.1 million for all of the investment.

With the election out of the way, the council zealots now have another four years to push through their commissioning council agenda, one dictated entirely by political dogma and lacking in both financial rigour and common sense. Tonight we see yet another of these  fallacious reports which is supposed to dupe any stupid, ignorant, lazy or unquestioning councillors on the committee. Luckily, I think (hope) that today we have some rather sharper councillors who aren't going to put up with this utter tripe and who are going to ask some probing and challenging questions.

I have read an excellent report by Dexter Whitfield which sets out those deficiencies concisely and I would urge as many people as possible to read it here. However, I believe that the report will not be allowed to be taken at the meeting nor are the unions who represent the staff that will be impacted by the decision allowed to speak.  Barnet Council don't believe is balance, in evidence or in alternative view points so any report which seeks to challenge the Council's view point must be suppressed. This means that council officers employed by Capita are promoting another outsourcing project of whom the most likely winner will be Capita. No conflict there then.

I have included one example from the council report  that incensed me as follows:

"The in house option is the representation of the service continuing to operate broadly as now, but on the basis that budgets are to be reduced significantly. This option would therefore require significant service reductions to meet budget targets."... "The in house model cannot meet all the objectives for this service, as the level of service cannot be preserved and it would not actively involve schools in the development process."
The report then lists out the potential risks of an in house team as follows (my comments in red):
The council have also fiddled the option evaluation scoring scheme so as to load it against the in-house option. No one is answerable for the scores given, and as far as I can see they are entirely made up and without substantiation, simply a personal view of the officers involved.
Set out below is the scoring chart: 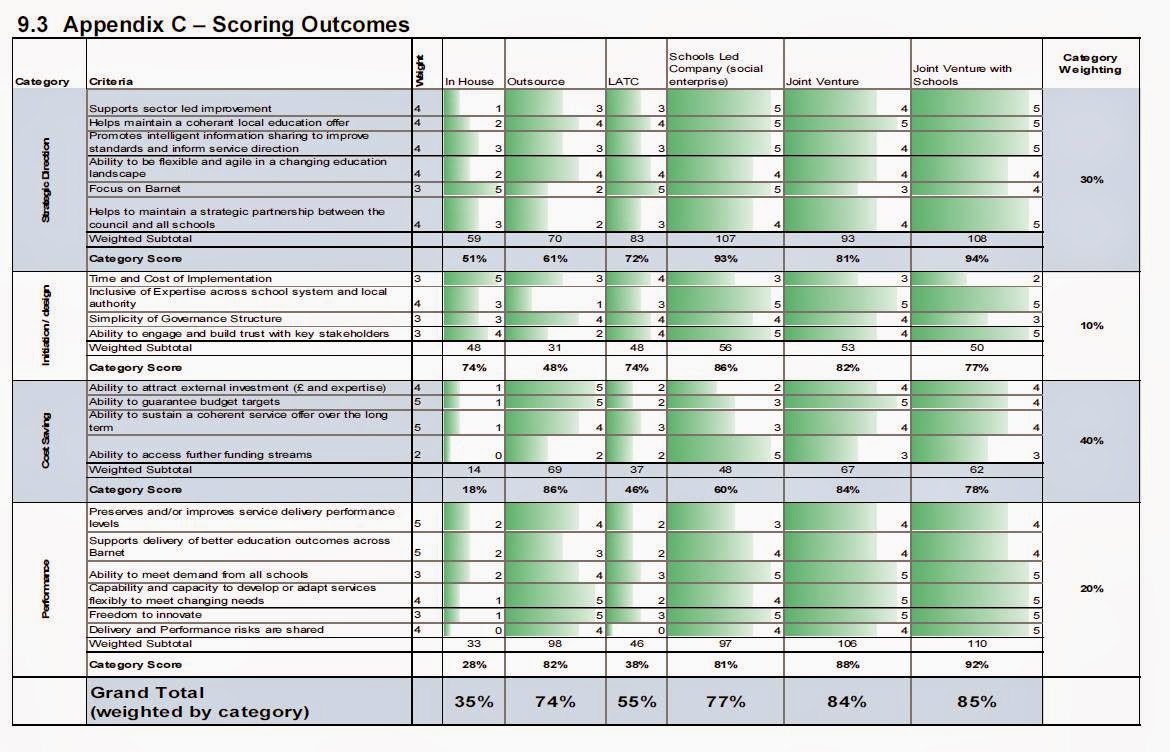 Don't let anyone believe that just because there are lots of numbers it is a scientific or rational mechanism. It isn't. I would liken it to Hughie Green's Clap-o-Meter - unscientific, driven entirely by the amount of noise made by the audience and for amusement only.  (Any resemblance between Hughie Green and Richard Cornelius is entirely coincidental). I hope that at the meeting tonight the Labour Councillors make plenty of noise, and ensure this report is consigned to the rejects bin where it belongs. 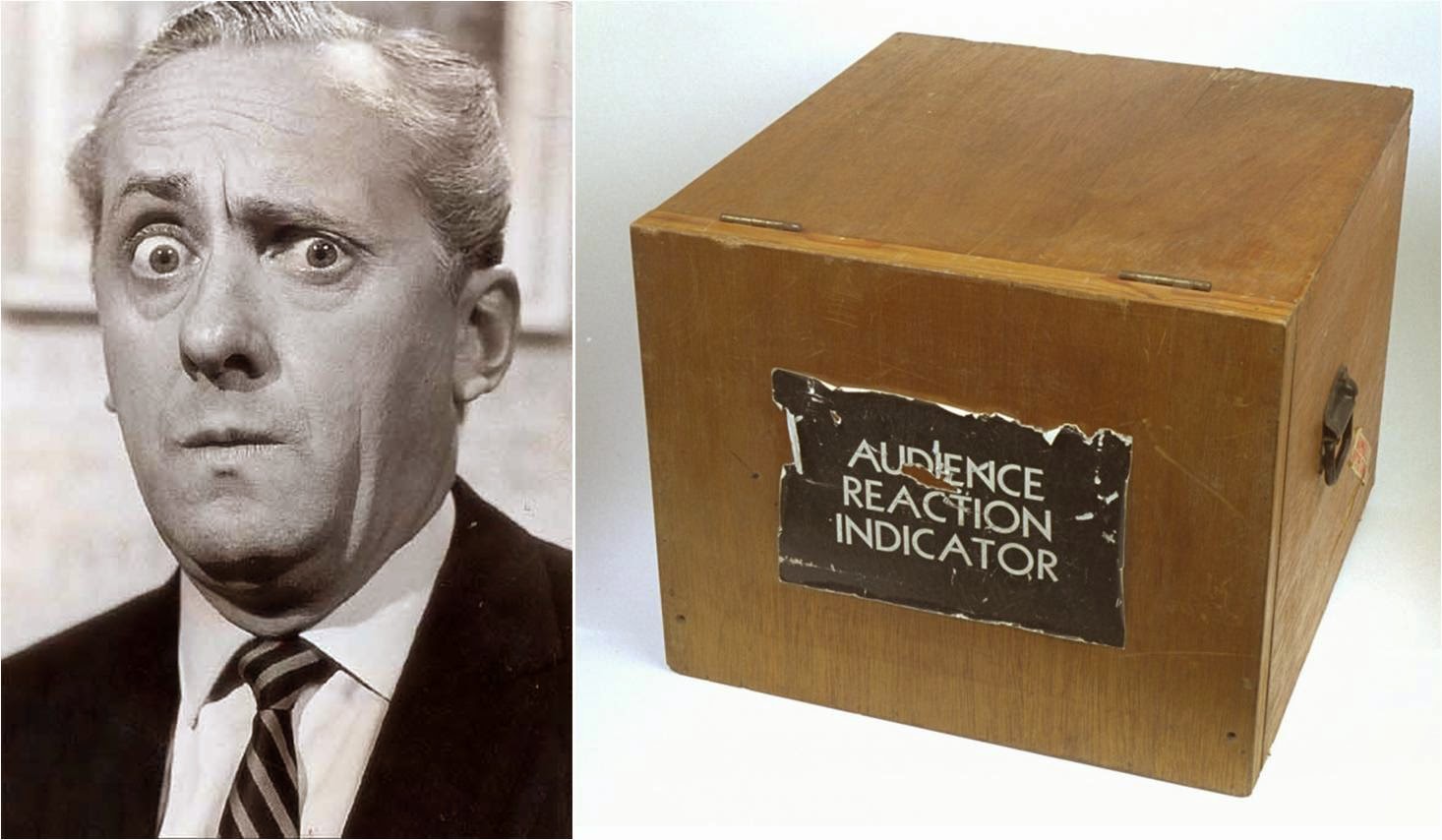