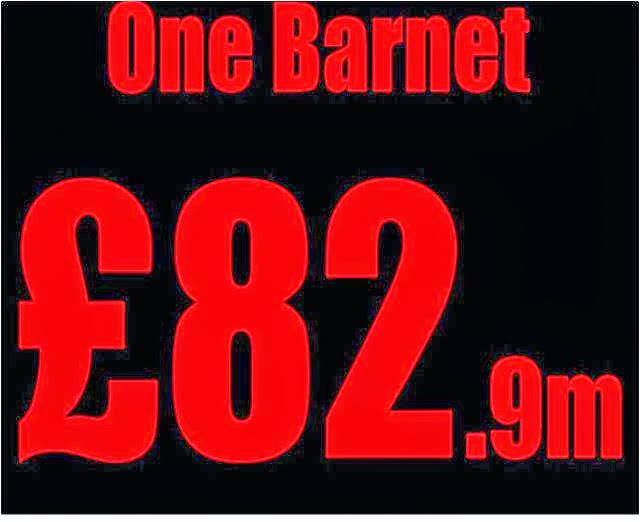 For a very long time I have been monitoring Barnet Council's spending on One Barnet. Today we have a definitive answer thanks to a question asked by Cllr Jack Cohen at tonight's council meeting. Cllr J Cohen asked:


"In the financial year to 31st December 2013 how much money has been paid to the following suppliers /companies:


In each case can the Cabinet Member please provide month by month breakdown of payments, the amount of any outstanding invoices and in each case a brief description of services rendered".

For those who are unaware,Comensura  are suppliers of agency and interim senior management staff at the council; Agilisys and their subcontractor iMPOWER have been helping the council to implement One Barnet for the last three years; Trowers & Hamlins are the council's legal advisors on One Barnet; Capita - well we all know who Capita are; and finally RE, that is the stylish and incredibly innovative name (not) for the council's joint venture on the DRS contract run by Capita.

The answer is somewhat staggering and may at last make some people realise why the Barnet Bloggers and other concerned citizens have been so keen to bring this massive issue to the attention of every single council tax payer in Barnet. The response is set out below:

Yes you did read it correctly, the cost for implementing One Barnet in the last 9 months is £82.9 million. There is an ironic postscript to this table which states, "This expenditure helped create contracts which will save the Council £160 million over ten years".  Somehow that does not look an entirely convincing statement when half the savings were spent in the last 9 months of 2013. It also doesn't look convincing when you consider that the Council had already spent at least £6 million with Agilisys before the start of this financial years plus £millions on the other numerous interims and consultants who have gone before.

This has cost council tax payers a massive amount and the savings are certainly not in the bag. Indeed, last week Capita were asking either for more money or to reduce the service standards for housing benefit registration because loyal, and now redundant, Council staff were doing the job more effectively before Capita signed the contract. The issues of One Barnet are not going away. The problem is that the consequences of this massive outsourcing madness will be felt by every resident of the borough.
Posted by Mr Reasonable at Tuesday, January 21, 2014