Is Mr Reasonable Being Bugged?

Over the weekend I was doing some works to my humble abode. Whilst drilling through one of the walls there was a large bang and I suffered a mild electric shock. I knew that there were no electricity cables in that particular wall so after a few minutes with a hammer and chisel I managed to uncover a rather strange object. 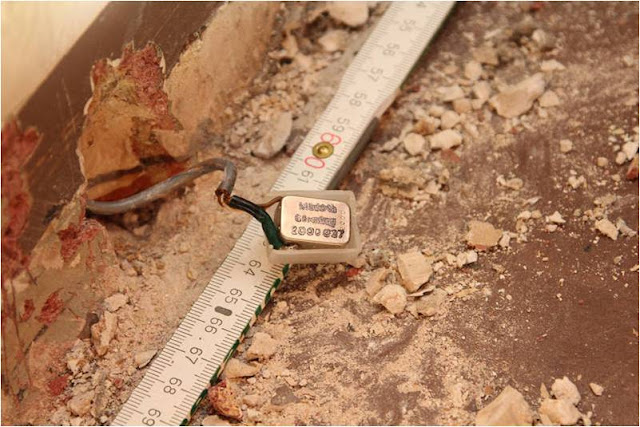 I am concerned that someone may be trying to listen in to my alternative proposals to the One Barnet strategy. I have been working on an innovative new tool which will take channel shifting to a new level. I have developed a software programme which can replace Councillors with computer avatars and based on technology similar to Siri in Apple iPhones. It is capable of dealing with residents questions quickly and efficiently and saving over £1million a year in councillor allowances. The programme can deal with the most complex problems and decisions quickly and logically. The only problem I have found so far is that whenever I feed in the One Barnet outsourcing data, it simply keeps coming up with the phrase, illogical, illogical illogical.
Posted by Mr Reasonable at Monday, April 01, 2013