Over the past few days I have been looking at the gainshare payments. Today I am looking at the extra charges Capita have billed on the Barnet contract.

The first example is a bill for £128,000 for additional electronic data storage. Barnet agreed to pay this amount, set by Capita, "because the electronic storage levels are above the amount agreed in the contract". Now I may be wrong but that sound a great deal given that it is on top of an agreed level in the contract. I would welcome input from any IT experts out there but my own bit of digging suggests that is quite a lot. While I am no fan of Amazon whatsoever I know that their Amazon Web Services (AWS) is a huge and profitable part of their business. I took a look at some of the data rates for storage, both simple data storage and a more flexible file management system and the rates are below. 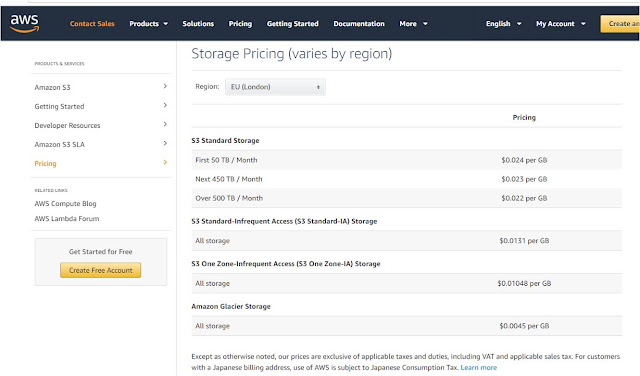 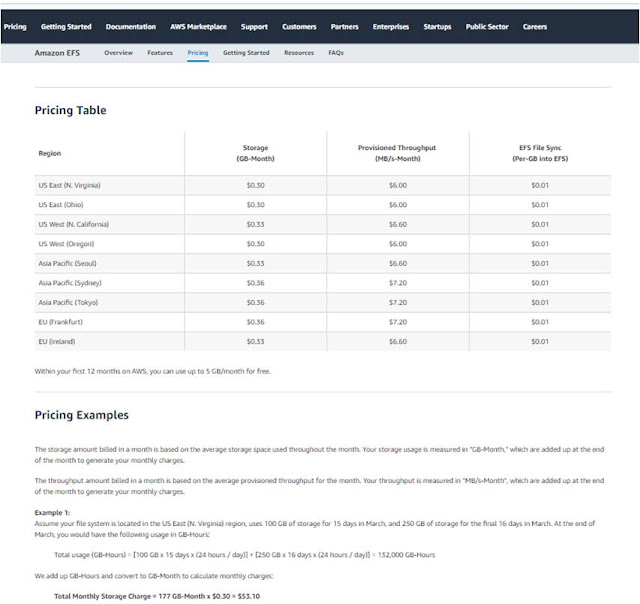 Now the reason I looked at AWS rates is because that is who Capita are using to store some of Barnet's data on the OpenBarnet data portal. It may be that we are using a huge amount of data storage but remember this is in addition to the storage levels agreed in the contract. That says to me that somebody either horribly underestimated how much data we would be using in the contract or we are being ripped off. Either way we are paying through the nose for it.

The second example is a bill for £247,000 for additional call volumes above the baseline figure. Now when the contract was signed everybody talked about 'channel shift', getting people to use on-line means of contacting the council such as webforms rather than by phone as this would save money.
It may be that the council set over-ambitious targets for the decline in phone calls but then wasn't Capita responsible for implementing 'channel shift'? To help channel shift along  and to cut costs, Capita have introduced something called the 'Virtual Agent' which is the automated telephone service that I am sure many residents have experienced. Because it is automated it shouldn't cost more to run (in terms of additional call centre staff). However, my experience of the automated system is that because it is very difficult to get put through to the right department first time, you end up ringing in multiple times.  However, what I did was look at the performance stats published by Barnet comparing the most recent data with the year 2014/15. Barnet haven't published telephony data for Q4 of 2017/18 yet, so I used Q4 2016/17 to give a complete year of four consecutive quarters.

What that data tells me is that call volumes haven't risen over the last three years but the use of the Virtual Agent has as can be seen in the table below: 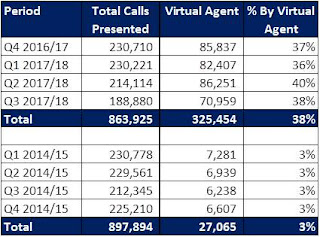 So how come Capita want an extra £247,000 for providing a service where call volumes are pretty static but they have reduced the calls answered by an operator by more than a third, saving a fortune in call centre staff . I simply don't see how this charge can be justified.

The third example relates to a bill for £692,759 for dilapidations to North London Business Park Building 4 (NLBP4). Originally the plan was to employ Capita who would use their offices in Coventry, Belfast, Blackburn, Darlington and so on, to house services and we could then trigger the break clause to vacate NLBP4 in late 2015. A good idea in theory but one that didn't happen. LBB staff were moved out and consolidated into Barnet House and NLBP2 but the Capita staff remain located in NLBP4. My thought was, no problem but Capita must be footing the bill. Well actually no they aren't, we are and hence we have been stung with a bill for dilapidations on NLBP4 for nearly £700k.

These three examples alone amount to more than £1 million being paid to Capita which could have been used to provide vital services such as 40+ care staff or refuse/street cleaning staff. I know where I would prefer that money to go.

The Conservatives keep saying how much outsourcing is saving but the evidence is clear that while we are making savings on the core contract, all the extras, all the gainshare, all those special projects at consultancy rates mean that by my reckoning we aren't saving anything especially when you include the millions of pounds making so many council staff redundant, the huge investment we funded in IT and the £11 million of consultants and lawyers fees to get us to a signed contract.

Tomorrow, Councillors will be looking at which services to bring back in house. Unless they have all the information about all these extras, how can they make a properly considered decision? Sadly I suspect the decision has already been made and any opposition will simply be out voted.